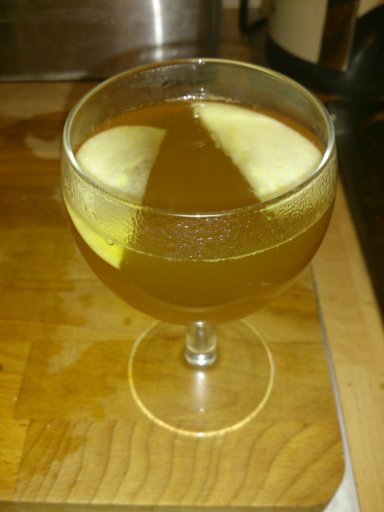 Food’s not the only thing that can be spiced. With winter just round the corner the famous festive tipple is almost acceptable. Here’s a recipe with a cinnamon kick that will warm you up in no time.

Using a knife, cut small crosses in the apple. Put the apple, cider, cinnamon and orange zest in a large saucepan. Heat to a simmer and then simmer for 20 minutes. Don’t let it boil.

Share between two glasses or mugs. Top with slices of the remaining apple.